In genetics, we have mutation. In biochemistry, we have titration. In neuroscience, we brain damage.

My theisis advisor had a favorite saying: "When in doubt, titrate!". That is to say, if you think you have your hands on a key biochemical component, its amount should be clearly influential on the reaction you are looking at. Adding more might make its role clearer, or bring out other dynamics, or, at very least, titration might allow you to not waste it by using just the right amount.

Neuroscience has reached that stage in studies of consciousness. While philosophers wring their hands about the "hardness" of the problem, scientists are realizing that it can be broken down like any other, and studied by its various broken states and disorders, and in its myriad levels / types as induced by drugs, damage, and by evolution in other organisms. A decade ago, a paper showed that the thalamus, a region of the brain right on top of the brain stem and the conduit of much of its traffic with the cortex, has a graded (i.e. titratable) relationship between severity of damage and severity of effects on consciousness. This led to an influential hypothesis- the mesocircuit hypothesis, which portrays wide-ranging circuitry from the thalamus that activates cortical regions, and is somewhat inhibited in return by circuits coming back.

The anatomy is pretty clear, and subsequent work has focused on the dynamics, which naturally are the heart of consciousness. A recent paper, while rather turgid, supports the mesocircuit hypothesis by analyzing the activation dynamics of damaged brains (vegetative state, now called unresponsive wakefulness syndrome (UWS)), and less severe minimally conscious states (MCS). They did unbiased mathematical processing to find the relevant networks and reverberating communication modes. For example, in healthy brains there are several networks of activity that hum along while at rest, such as the default mode network, and visual network. These networks are then replaced or supplemented by other dynamics when activity takes place, like viewing something, doing something, etc. The researchers measured the metastability or "jumpiness" of these networks, and their frequencies (eigenmodes).

Naturally, there is a clear relationship between dynamics and consciousness. The worse off the patient, the less variable the dynamics, and the fewer distinct frequencies are observed. But the data is hardly crystal clear, so it got published in a minor journal. It is clear that these researchers have some more hunting to do to find better correlates of consciousness. This might come from finer anatomical localization, (hard to do with fMRI), or perhaps from more appropriate math that isolates the truly salient aspects of the phenomenon. In studies of other phenomena such as vision, memory, and place-sensing, the analysis of correlates between measurable brain activity and the subjective or mental aspects of that activity have become immensely more sophisticated and sensitive over time, and one can assume that will be true in this field as well. 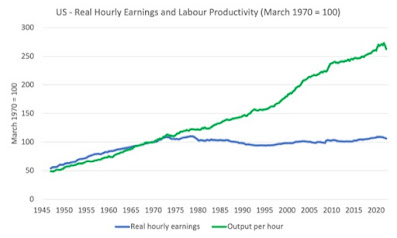